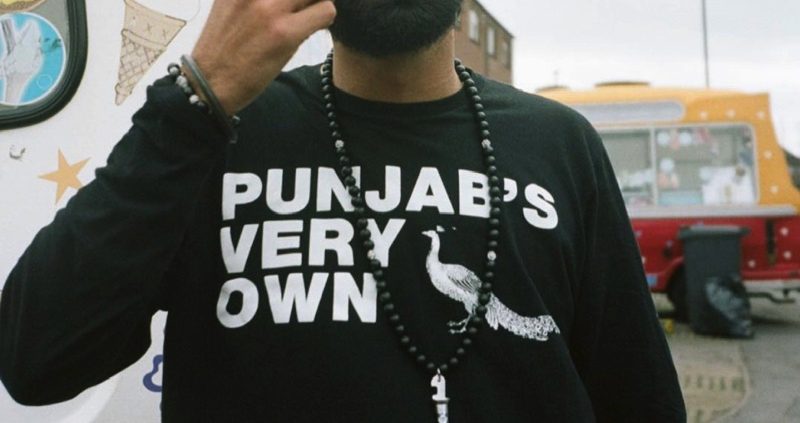 The Hun Dus promise to remain genuine to its revolutionary vision has helped the brand sustain success in an industry known for its changeability. Its aptitude to adapt to the times while keeping designs untainted has not gone unobserved, as trendsetters around the world have become enthusiasts of the brand.

The Hun Dus collection is an expression of the assorted and distinct background of its designer, Amar B. It wishes to invigorate the art and excellence of dressing with a comfortable yet quirky outlook.

Where did the popularity start?

The Well-known Punjabi YouTuber AKAKAAMAZING was one of the first Punjabi YouTubers to make a name! He may be one of YouTube’s biggest rabble-rousers now. Still, Amandeep Kang or AKakaAMAZING is a popular South-Asian YouTuber from Toronto, Canada. He is most excellently known for his comedy series – Living in a Brown Fam. And he has worn Hun Dus in videos a decade back! And that is where the revolution started.

AKAKAAMAZING not only promoted Hun Dus in his hilarious videos but also teamed up with Amar to introduce some amazing new products. Some products were specially designed for him, including: “Chalo next time”, ‘’fresh prince of Panjab’’ and ‘’baistito the next level’’.

Hun Dus has been praising AKAkaAmazing till now, as they owe their popularity to his collaboration!
Not only Punjab anymore!

The Canadian hip-hop scene was recognized in the 1980s. Even though American East Coast hip hop and West Coast hip hop are chief inspirations for Canadian artists in the genre, Canadian hip hop also includes a number of extra influences not usually seen in the conventional American genre. And what’s more? They’ve taken up Hun Dus clothing too!

Here are a few hip-hop artists who have been spotted in Hun Dus attire:

Jadakiss: Jason Terrance Phillips, better known by his professional name Jadakiss, is an American rapper from Yonkers, New York. He started his career in the 1990s as a member of the rap trio The Lox. A few years back, he was seen wearing the ‘YONGE AT HEART’ tee shirt on stage in a Vancouver concert.

Choclair Canadian: Kareem Blake, better known by his assumed name Choclair, is a Canadian rapper as well. He was one of the most popular Canadian rappers in Canada in the late 1990s as well as the early 2000s. Choclair has been designated for six Juno Awards, winning four! And guess who’s been seen in Hun Dus clothing?

Maestro: Wesley “Wes” is a Canadian rapper, record creator, actor, and writer. He is identified professionally by his stage name Maestro. One of the first Canadian rappers to attain crazy success, he is accredited as the “Godfather of Canadian hip hop”. And Hun Dus has been honored to serve him and his wardrobe!

Thrust: Christopher France, who goes by the name Thrust, is a Canadian rapper from Toronto, Ontario. He is recognized for his presence on the Rascalz’ 1998 single “Northern Touch,” which also introduces Kardinal Offishall, Choclair, and Checkmate. He has also endorsed Hun Dus clothing.

Danny Fernandes & JRDN: Danny was one of the first Canadian artists to model for Hun Dus. Being well-known for his songs ‘private dancer’ and ‘fantasy’, Hun Dus has been honored to serve them. JRDN, the Canadian singer known for the song ‘You can have it all has also modeled for Hun Dus!

Hun Dus has collaborated with TS DESIGNS in the UK for a full restructure of its website. They now offer numerous selections of payment other than just Paypal. And they are focused on shipping internationally and have made their payments even more secure. So what are you waiting for?

This site uses cookies. By continuing to browse the site, you are agreeing to our use of cookies.

We may request cookies to be set on your device. We use cookies to let us know when you visit our websites, how you interact with us, to enrich your user experience, and to customize your relationship with our website.

Click on the different category headings to find out more. You can also change some of your preferences. Note that blocking some types of cookies may impact your experience on our websites and the services we are able to offer.

These cookies are strictly necessary to provide you with services available through our website and to use some of its features.

Because these cookies are strictly necessary to deliver the website, refuseing them will have impact how our site functions. You always can block or delete cookies by changing your browser settings and force blocking all cookies on this website. But this will always prompt you to accept/refuse cookies when revisiting our site.

We fully respect if you want to refuse cookies but to avoid asking you again and again kindly allow us to store a cookie for that. You are free to opt out any time or opt in for other cookies to get a better experience. If you refuse cookies we will remove all set cookies in our domain.

We provide you with a list of stored cookies on your computer in our domain so you can check what we stored. Due to security reasons we are not able to show or modify cookies from other domains. You can check these in your browser security settings.

We also use different external services like Google Webfonts, Google Maps, and external Video providers. Since these providers may collect personal data like your IP address we allow you to block them here. Please be aware that this might heavily reduce the functionality and appearance of our site. Changes will take effect once you reload the page.